A MUM-OF-TWO who shrank to a size 4 after obsessing over ‘thinspiration’ social posts says she’s happier than ever as a size 16 after gaining weight since becoming a mother.

Natalie Martin, 23, from Newark-Upon-Trent, Nottinghamshire, weighted just 7 and a half stone when she was 17 but admits to being “incredibly unhappy” despite her small frame.

The 23-year-old says she was desperate to keep her weight down, even if it meant sacrificing her  physical and mental health.

But since having her daughter Evie-Rose, five, and son Alfie, two, the stay-at-home mum explained that she has naturally put on weight over the years and has learned to embrace her new curvy figure, now weight 12 stone.

She said: “Looking at the photo of myself so thin, no one had any idea how unhappy I really was.

“I thought I had attained my idea of a ‘perfect body’, but I actually hated how I looked. 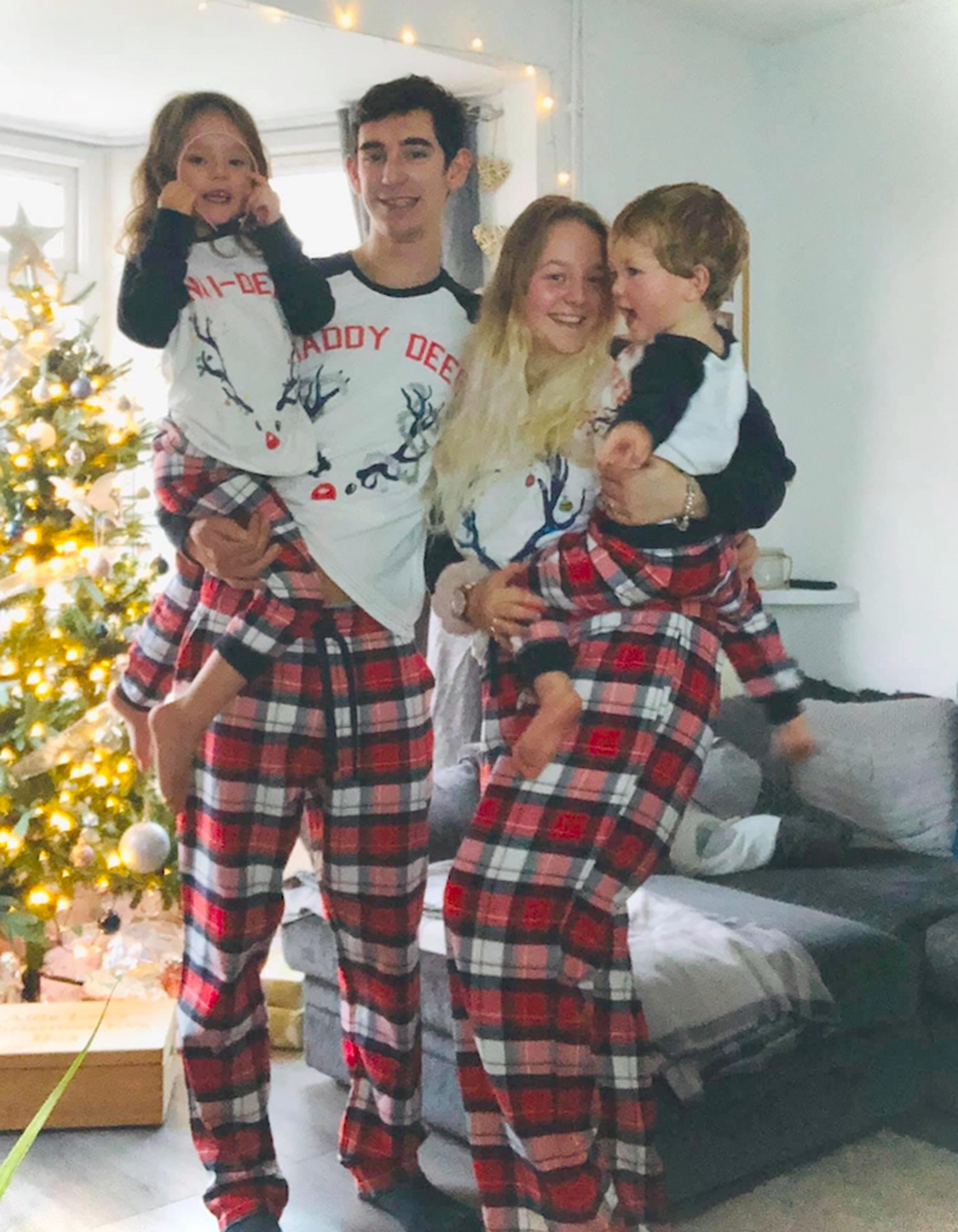 “I was so underweight, and my hair was dry and undernourished. It kept snapping from dying it in my next attempt to feel better about myself.

“I spent all of my time out with friends and was rarely at home. I didn’t eat proper meals and used to take inspiration from thin models I saw on Instagram.

“I used to use Tumblr, which had a lot of ‘thinspiration’ posts which is where I learnt that slim must mean beautiful.”

Natalie explained that she naturally started putting on weight after having her two children and has proudly embraced her new post-baby body with her fiancé Ben, 25, by her side. 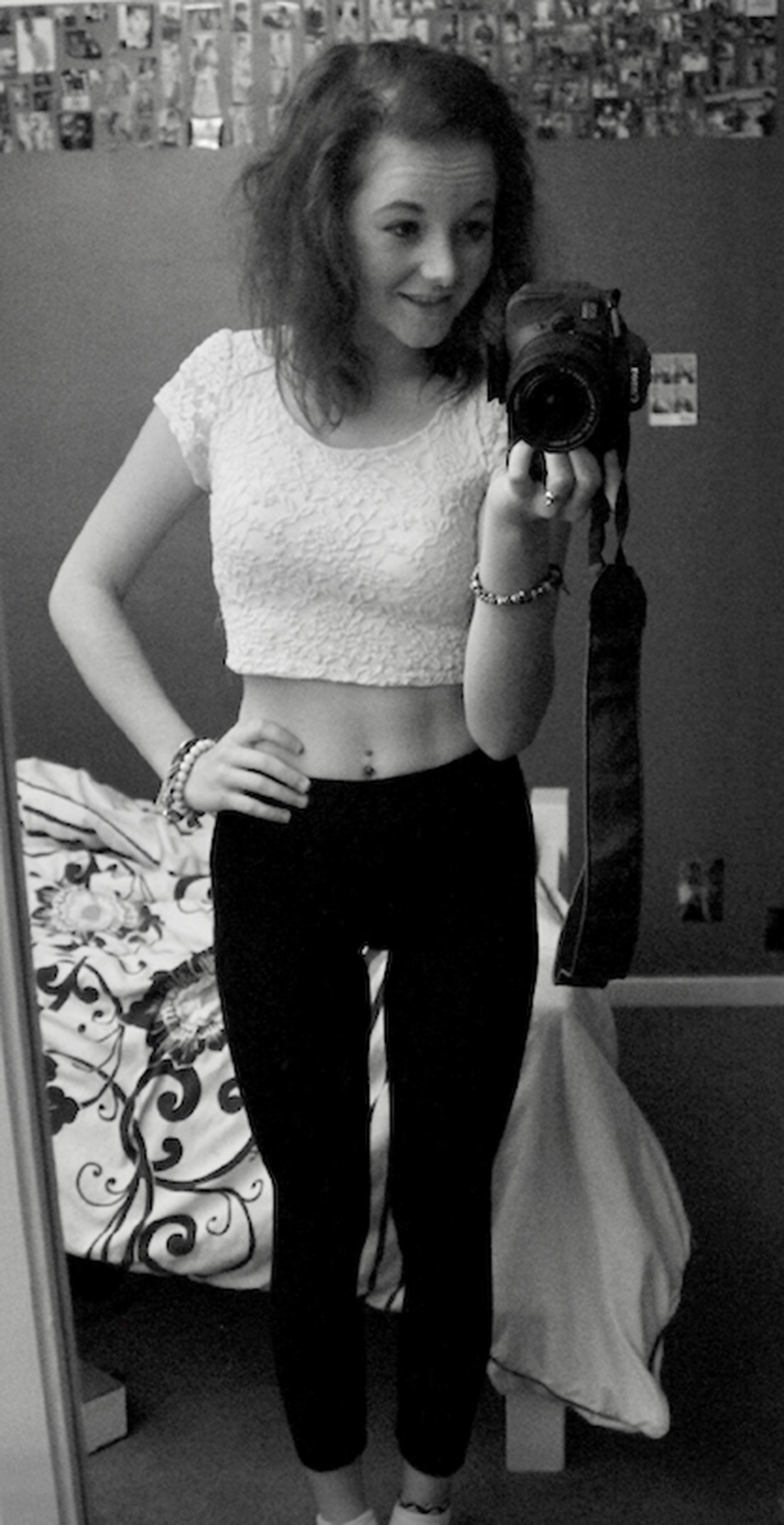 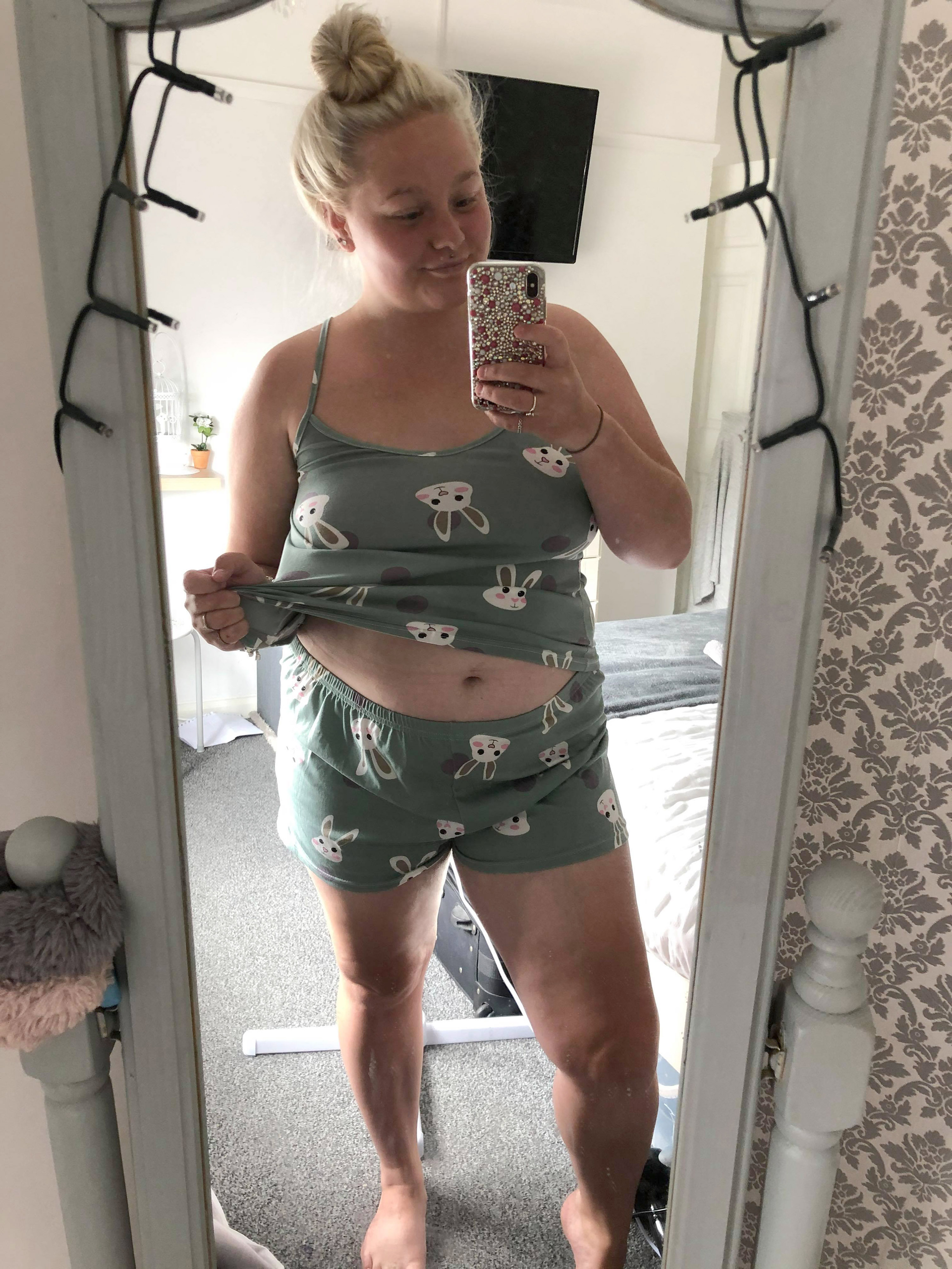 She said: “When I got pregnant with my daughter at 17, I put on weight naturally. And then when I had my son Alfie, I went through a traumatic birth and comfort ate after he was born.

“Before I knew it, it was five years on and I was wearing size 16 clothes. But I realised I was so much happier now than ever.”

And added that “ a bit of weight is nothing compared to happiness” which two beautiful children, a loving partner and a home provided.

“I may have grown some curves, stretch marks, scars and cellulite. But I’ve finally moved on from being the unhappy teenager I was once.” 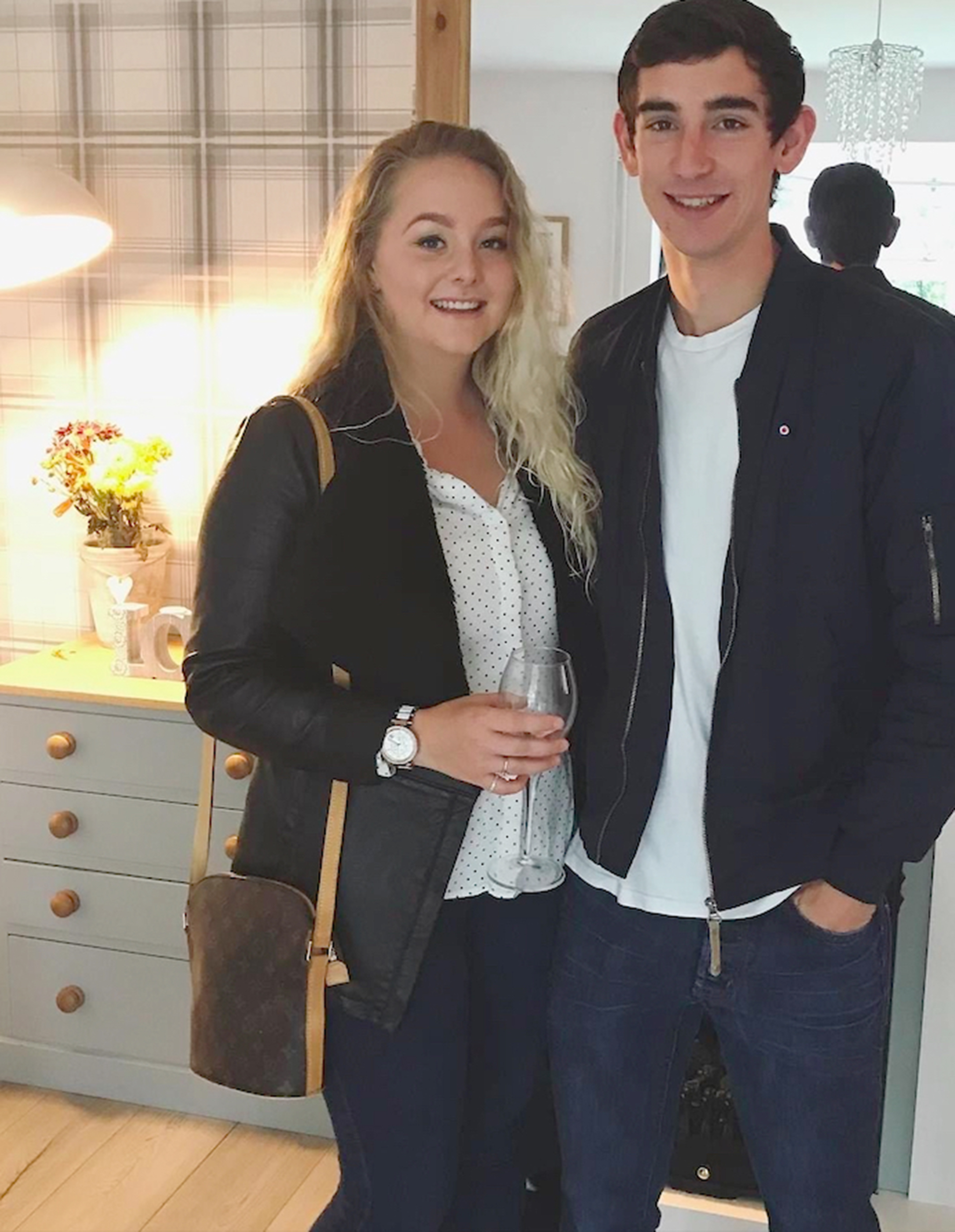 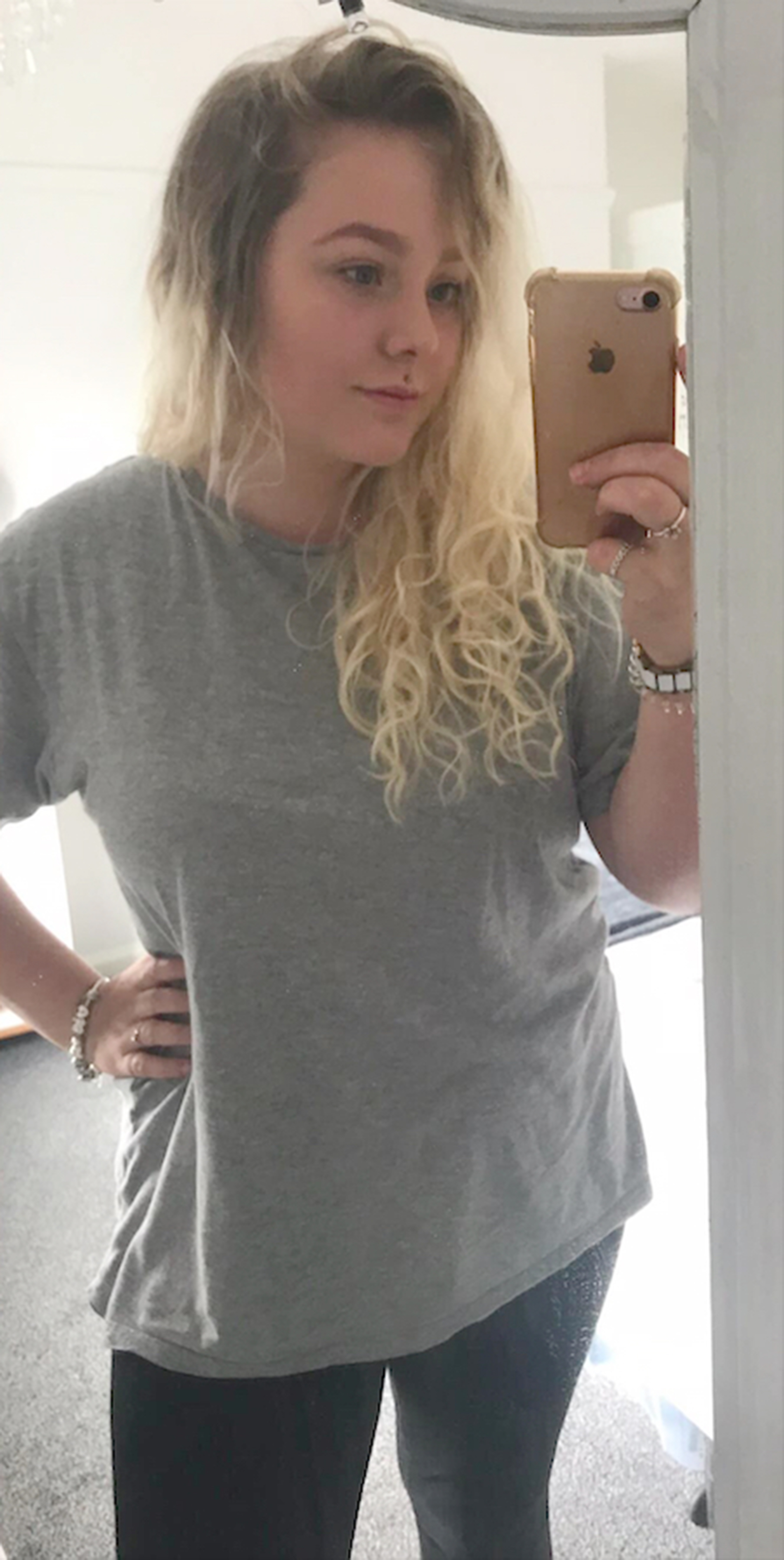 After sharing an inspirational post online which featured a side-by-side photograph of her body at a size 4 and a size 16, Natalie was praised for promoting body positivity and acceptance.

She said: “I had so many people sending me lovely comments about my post.

“While I’m not always entirely comfortable with my body, I’m learning to accept that this is how I am after two babies and a comfortable relationship.”

Now she is sharing her story in the hopes to inspire others to feel confident with themselves and to embrace their bodies at every size and weight, saying: “I feel more womanly now knowing that I’ve carried children and fed them, and this is just the end result.”

She added: “It’s got me so much in life, so I’m giving myself some TLC.

“This has just become part of who I am, a few extra pounds but so much more of a fulfilled life.

“The truth is, it really doesn’t matter what other people think of you.

“As long as you go to sleep at night feeling happy, healthy and loved there is nothing more anyone else can give you.”

We also shared how one mum gave up comfort food and lost nine stone after two miscarriages to fulfil my dream of becoming a mum.

PLus a glam gran, 62, says blokes in their 20s use her Instagram account like Tinder – so she tells them sh'e old enough to be their mum.

Meanwhile a woman reveals that she had no idea she was pregnant but ended up giving birth in the bath alone, saying she didn’t even get the urge to push, he just came out.