Kim Kardashian Has a Question About Tiger King’s Carol Baskin

The KKW Beauty founder, 39, revealed that she was deep into the series on Sunday, March 22, asking her followers if any of them had started to watch the “crazy” series. Hours later, she followed up with another tweet, admitting that a handful of her friends were convinced that Baskin, 58, was involved in the disappearance of her husband, Don Lewis. 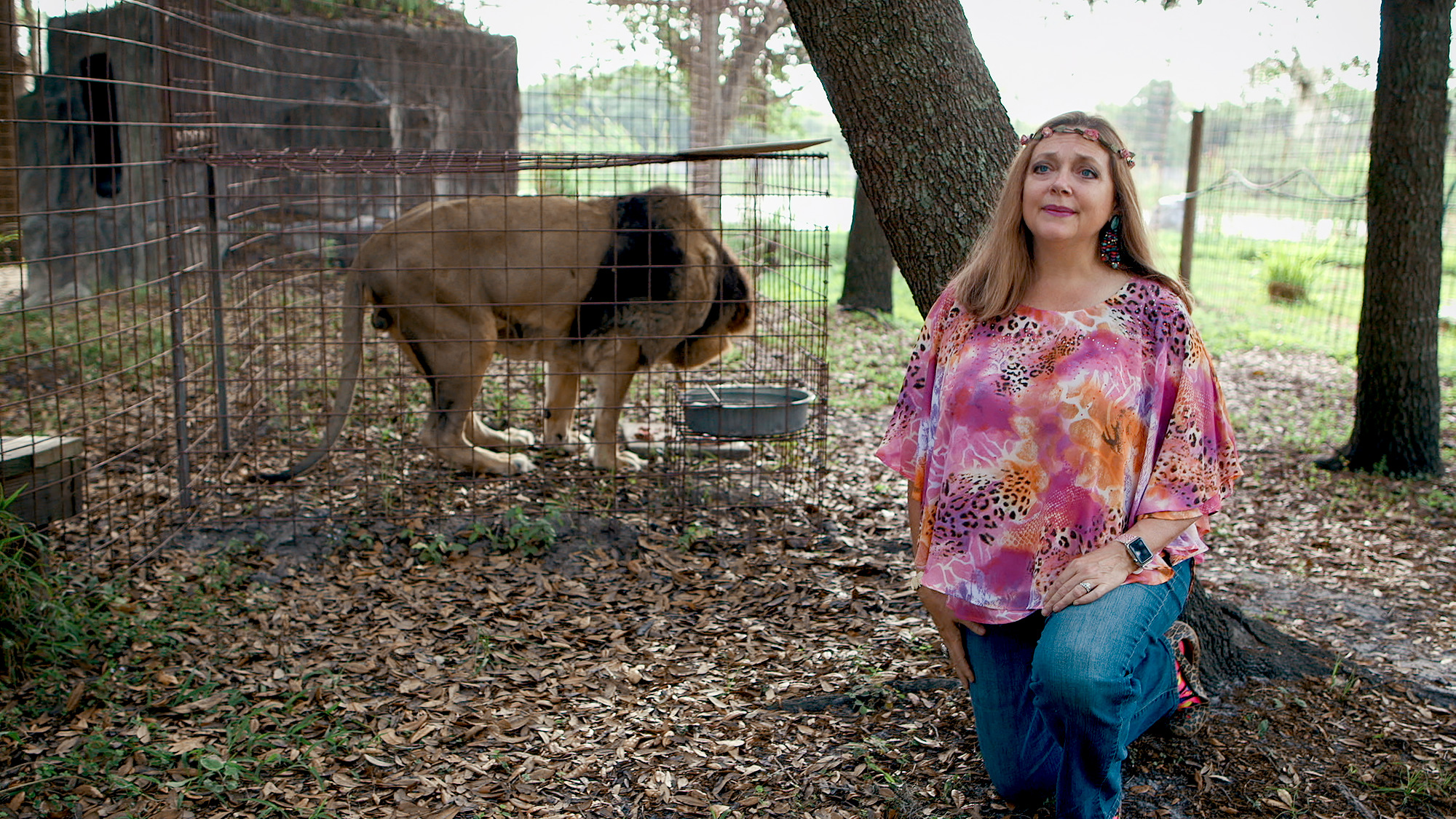 “Wow the amount of texts I’ve gotten about Tiger King since I tweeted about it all have mentioned their belief that Carol killed her husband!” Kardashian asked fans via Twitter. “What are your thoughts? Do you think Carol killed him?”

The popular Netflix documentary follows the self-proclaimed “Mother Teresa of Cats” and her feud with Oklahoma-based tiger breeder Joe Exotic (real name Joseph Maldonado-Passage). The 57-year-old “Tiger King” has a deep-seated rivalry with Baskin, and publicly alleged that she was responsible for her missing husband’s death in 1997 after feeding him to her tigers. While authorities didn’t find any evidence of foul play, Lewis disappeared without a trace and the case remains unsolved to this day.

After Tiger King hit the major streaming platform and became a hot topic on social media, Baskin defended herself against the “unsavory lies” she felt were promoted by the series. In a lengthy blog post published on March 22, the Big Cat Rescue cofounder called out the “disappointing” way that Netflix framed her personal life.

“When the directors of the Netflix documentary Tiger King came to us five years ago they said they wanted to make the big cat version of Blackfish (the documentary that exposed abuse at SeaWorld) that would expose the misery caused by the rampant breeding of big cat cubs for cub petting exploitation and the awful life the cats lead in roadside zoos and back yards if they survive,” Baskin began. “There are not words for how disappointing it is to see that the docuseries not only does not do any of that, but has had the sole goal of being as salacious and sensational as possible to draw viewers … There is no short, simple way to refute so many lies.”

She later laid out everything that led up to Lewis’ mysterious disappearance and described each detail that she thought the series got wrong, including a 1997 application for a restraining order and an unrealistically big meat grinder. “Don was not easy to live with and like most couples we had our moments,” Baskin concluded. “But I never threatened him and I certainly had nothing to do with his disappearance.”