CORONATION Street has been hit with a series of Ofcom complaints over last night’s violent knife crime scenes.

Horrified viewers registered their concerns with the broadcasting regulator after the ITV soap aired a gang threatening David Platt at knife point. 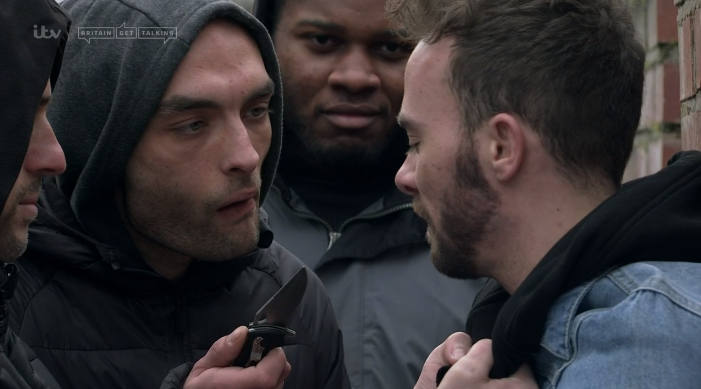 In the shocking scenes, the troubled character – played by Jack P Shepherd – purposefully starts a fight but now faces being stabbed to death.

As well as eight complaints to Ofcom, viewers took to Twitter to express their upset over the scenes.

One person wrote: “NOOO David's not actually gona get stabbed like poor Kylie is he? #Corrie.” 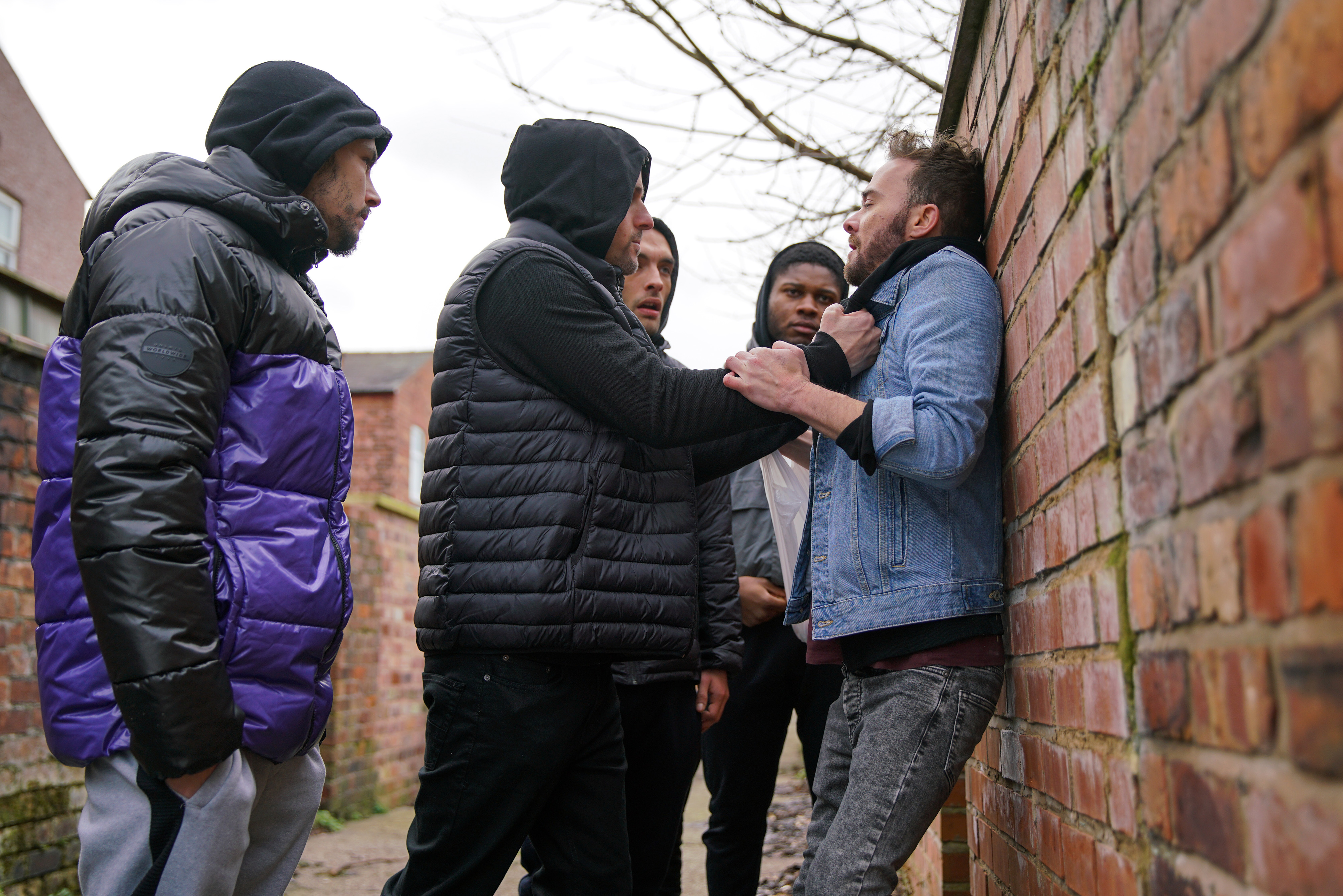 While someone else exclaimed: "Ooh look, it's the cutting crew!  Will David die in their arms tonight? #corrie.”

Over the last few episodes viewers have watched as David hasn’t been coping well since his wife Shona lost her memory and demanded a divorce.

During Tuesday night’s instalment he had raged at Imran about wife Shona wanting a divorce when he realised he would have to be married for at least a year before they could end their marriage.

As Imran said he was sorry to hear that Shona wanted a divorce, David snapped back: “Well I’m not, not anymore.

“It can’t come soon enough. I just want to get it over with and get on with the rest of my life. So I’ve got a wife who barely recognises me and I have to wait another seven months.”

Taking to day drinking, David wandered back alleys looking for trouble when he threw a half can of beer at a group of thugs he walked passed.

Grabbing him the gang leader demanded: “Phone and wallet. I’m going to count to five. One, two, three…”

“Four, five, six. Now what are you going to do? Do something then,” David said taunting them.

But his cocky look soon changed to horror when the gang leader pulled a knife out and held it to David’s face.

Fans will have to wait two days until they find out David's fate.