Sharon (played by Letitia Dean) has had many lovers over the years on EastEnders, with her latest romantic endeavour ending in tragedy as her son Dennis (Bleu Landau) was killed off after getting caught in the crossfire between her husband Phil Mitchell (Steve McFadden) and toyboy lover, Keanu Taylor (Danny Walters). Recent scenes on the BBC soap have seen her struggle to comprehend her loss, as well as adjusting to motherhood once more after giving birth to the child consummated as a result of her affair. Therefore, romance would be the last thing on the icon’s mind at this point in time, but could her compatibility with another Walford resident see her finding love?

Although Dennis wasn’t killed directly by either Phil or Keanu, his death came as a result of the pair’s argument, which led the boat many residents were partying on for the soap’s 35th anniversary to collide with an anchored barge.

The teenager had been locked in one of the chambers of the vessel by Ian Beale (Adam Woodyatt) because of the youngster taunting his son, Bobby Beale (Clay Milner Russell).

However, the crash led the space he was in to quickly fill with water and although Sharon’s friend managed to get him out, the troublemaker succumbed to the deadly ordeal.

His mother has been desperately trying to find out what her son was doing in his final hours, but as her grief continues to play out in the coming weeks, she might turn to a former lover for comfort. 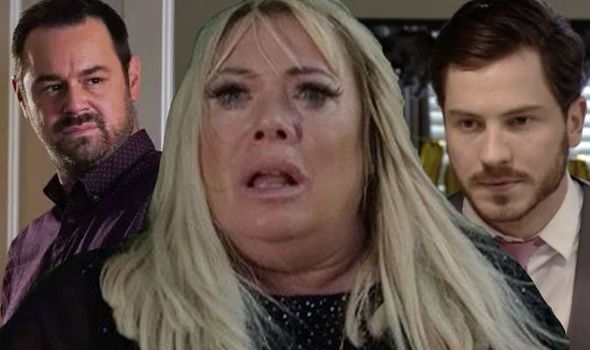 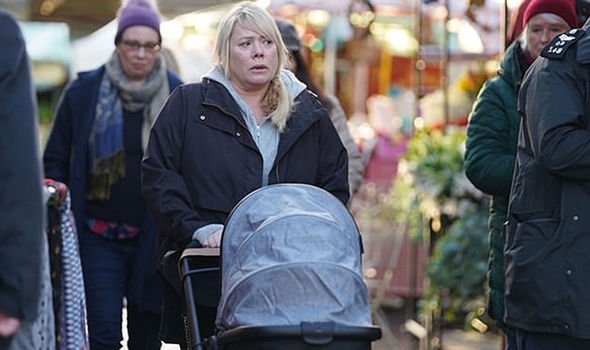 Before the revelation at Christmas the expectant mother had an affair with Keanu, who was her child’s father, she and Phil were happily married, or so he thought at least.

After years of hurdles, heartbreak and going back and forth from each other, he thought they’d finally got on the track of everlasting love.

How wrong he was and his discovery about her toy boy lover led him to split from his estranged wife, but neither have yet filed for divorce.

The Walford gangster saw Dennis as his own and as he too struggles with the guilt of his part in the death, could he offer his shoulder to Sharon? 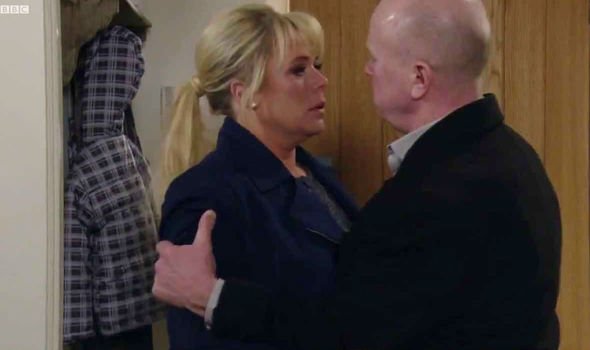 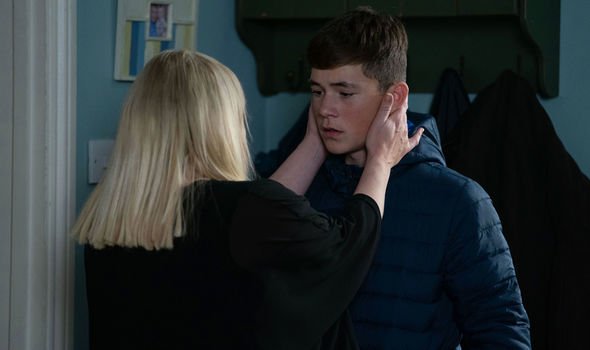 According to data collected by PsychicWorld.com, shared exclusively with Express.co.uk, the pair are one of the most compatible couples in the fictional television world.

sitting at an 81 per cent compatibility on a real-life scale, it seems the estranged husband and wife are destined to be with one another.

Further analysis shows their birth signs play into this equation, with Pisces Phil and Scorpio Sharon making the perfect match a romantic level.

If the stalwarts were to reconnect however, it may be just on an intimacy level, not actually getting back together but embarking on a secret and lustful affair.

Spokesperson Andreea Putinelu said: “When it comes to intimacy, because they are both water signs, they put emphasis on emotions and very intense experiences, and because both seek the same things, their sexual compatibility is very high.”

Could the pair go unnoticed by their neighbours and loved ones if they were to slink away every now and then?

There is one big factor which could spur the pair off the course of true love however, as Dennis’ mother has no idea how the boat her son was on came to crash.

Phil is currently away from the Square after fleeing following the aftermath of the boat party tragedy.

On his return, he is sure to face a lot of questions from Sharon as to what really happened, but will their rivalry turn to lust?

If she does discover Phil had something to do with the collision, could any chance of an affair go down the sink?

So far, the grief-stricken mother has been told a pack of lies by Ian as to what really happened on the fateful night.

As secrets and lies threaten to tear Walford apart, will Dennis’ mother be out for revenge on her son’s behalf?

EastEnders continues Monday at 8pm on BBC One.