The former Teen Mom star's outing followed outrage from her fans who accused her of animal abuse following a video showing her pet Cupcake with a ribbon around its mouth. 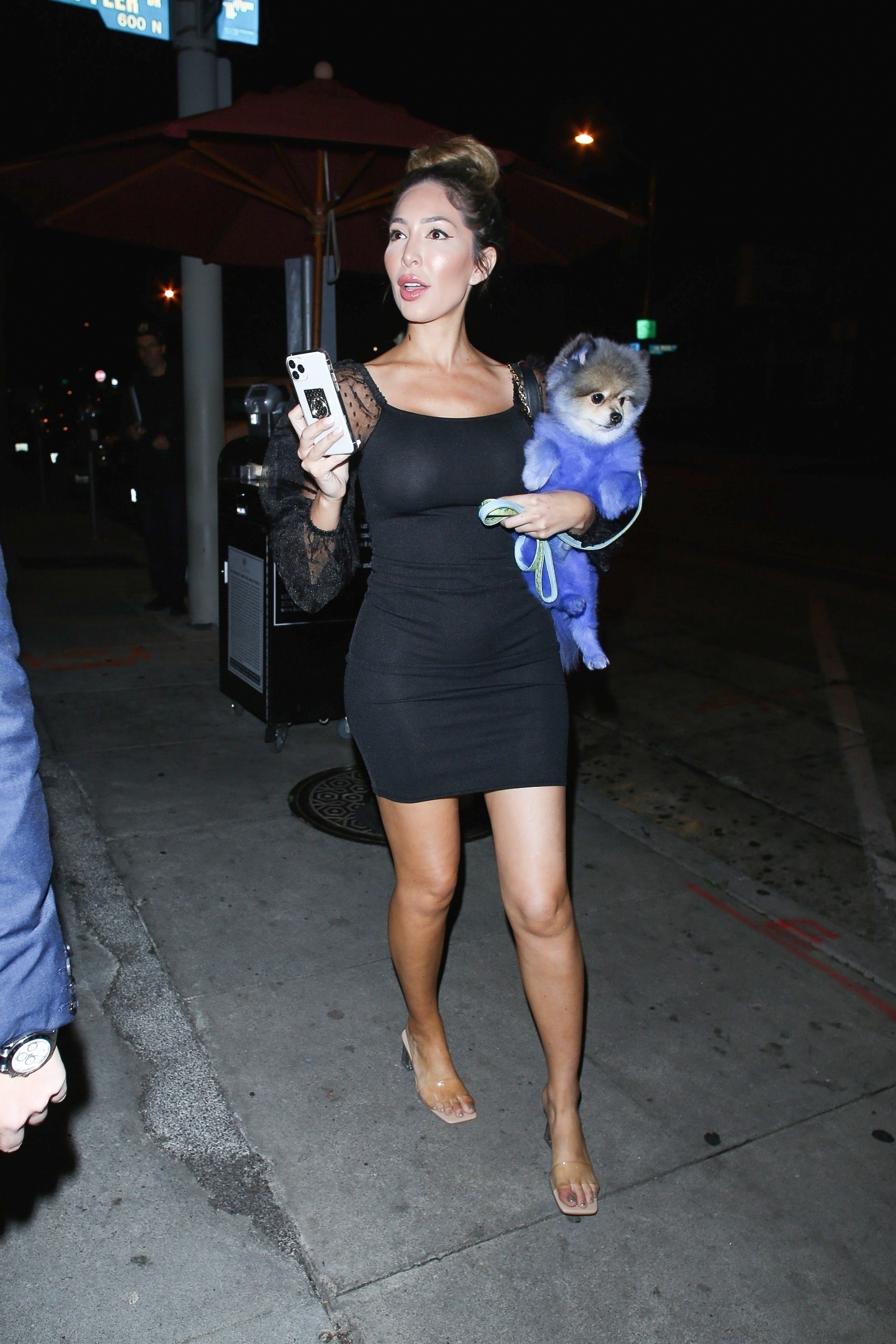 The 28-year-old was all smiles as she wore a sleek black minidress with lace sleeves to enjoy dinner with the pilot and Morgan Stanley strategist, despite Farrah's mom Debra Danielsen, exclusive revealing to The Sun that the relationship was "not relevant."

She said last week: "It is not a relevant relationship anymore.

“It was too much about him. He was immature. She ended it perfectly. Block and delete!”

The pair had holidayed together in Mexico for Daniel's birthday last month. 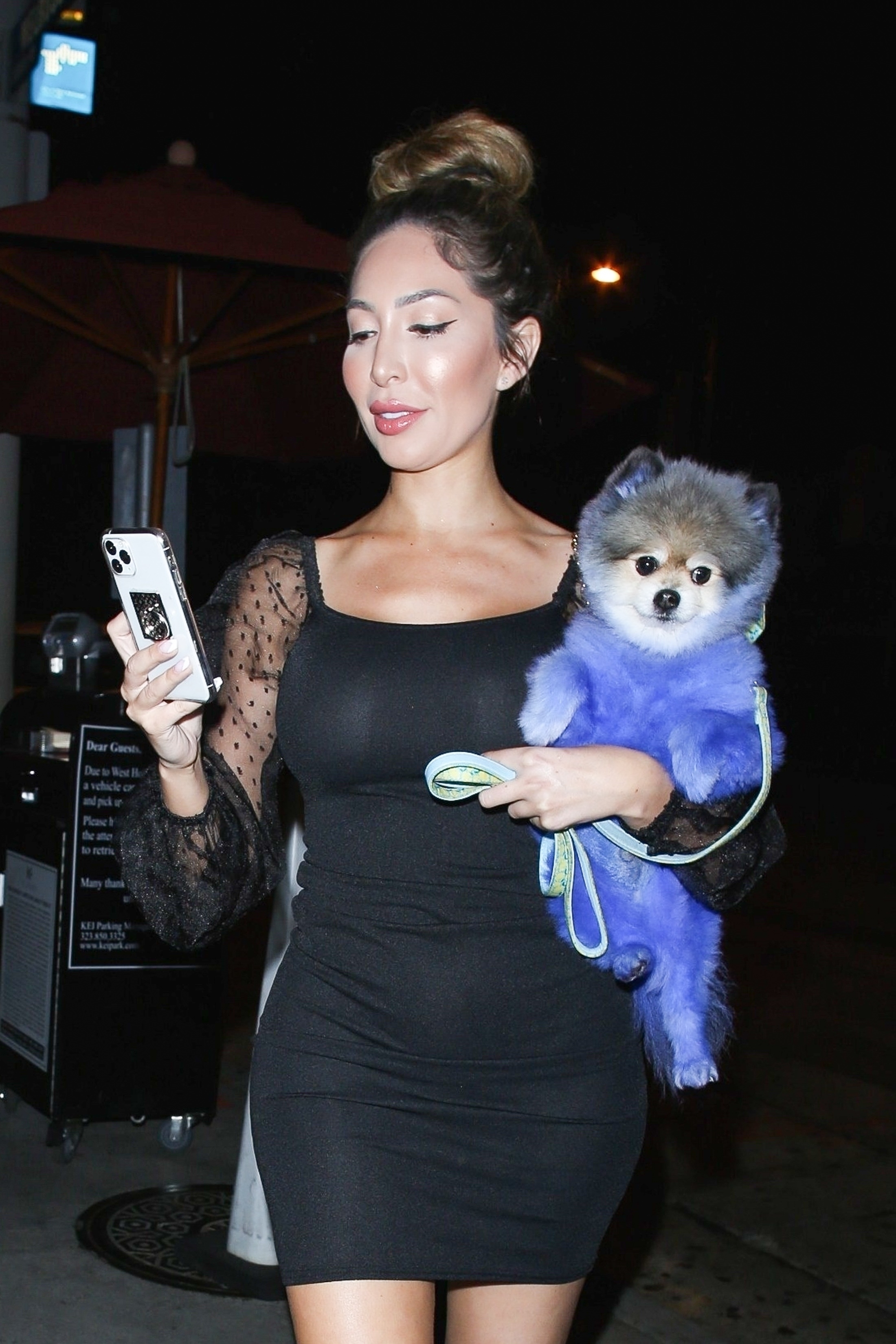 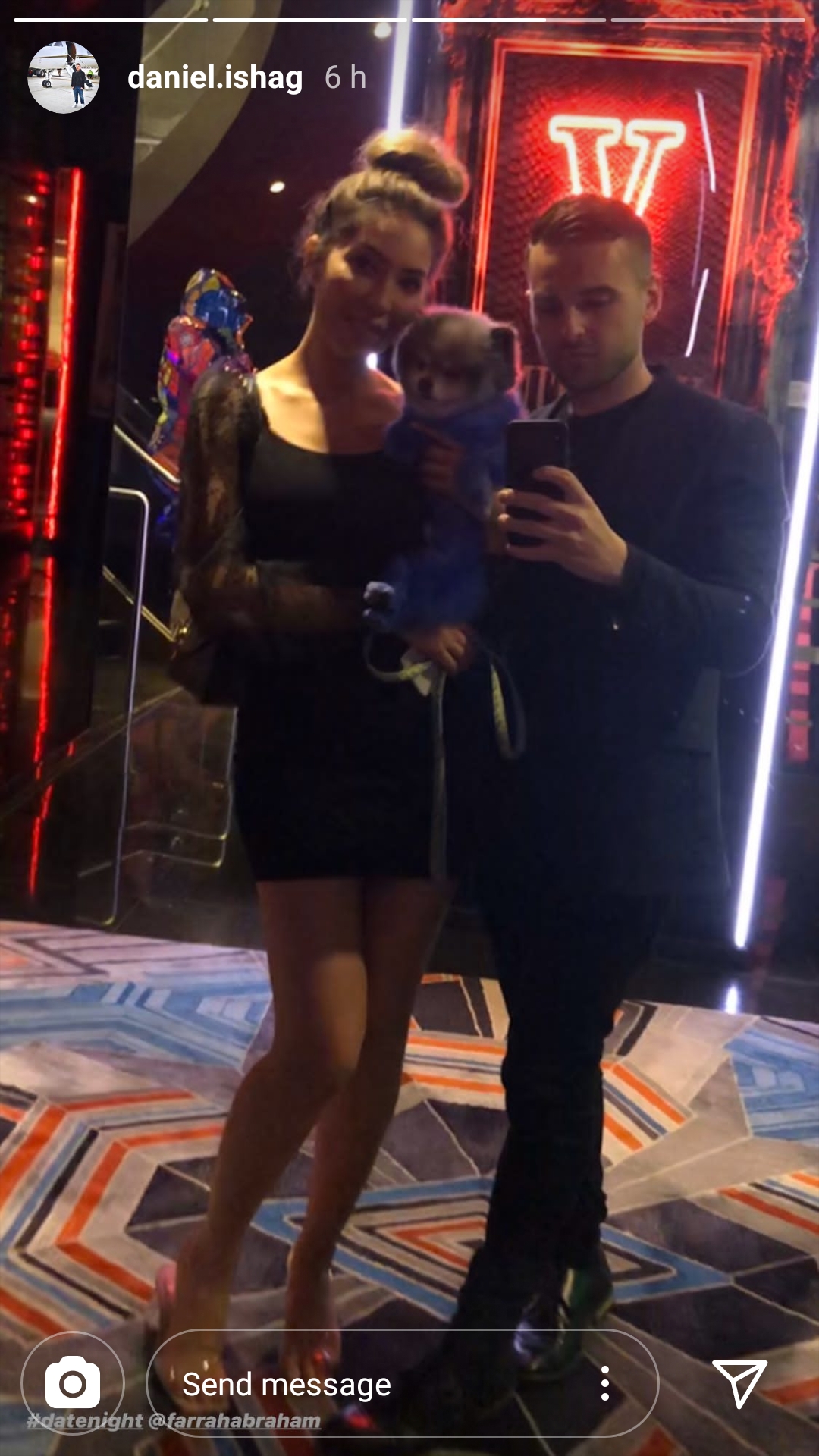 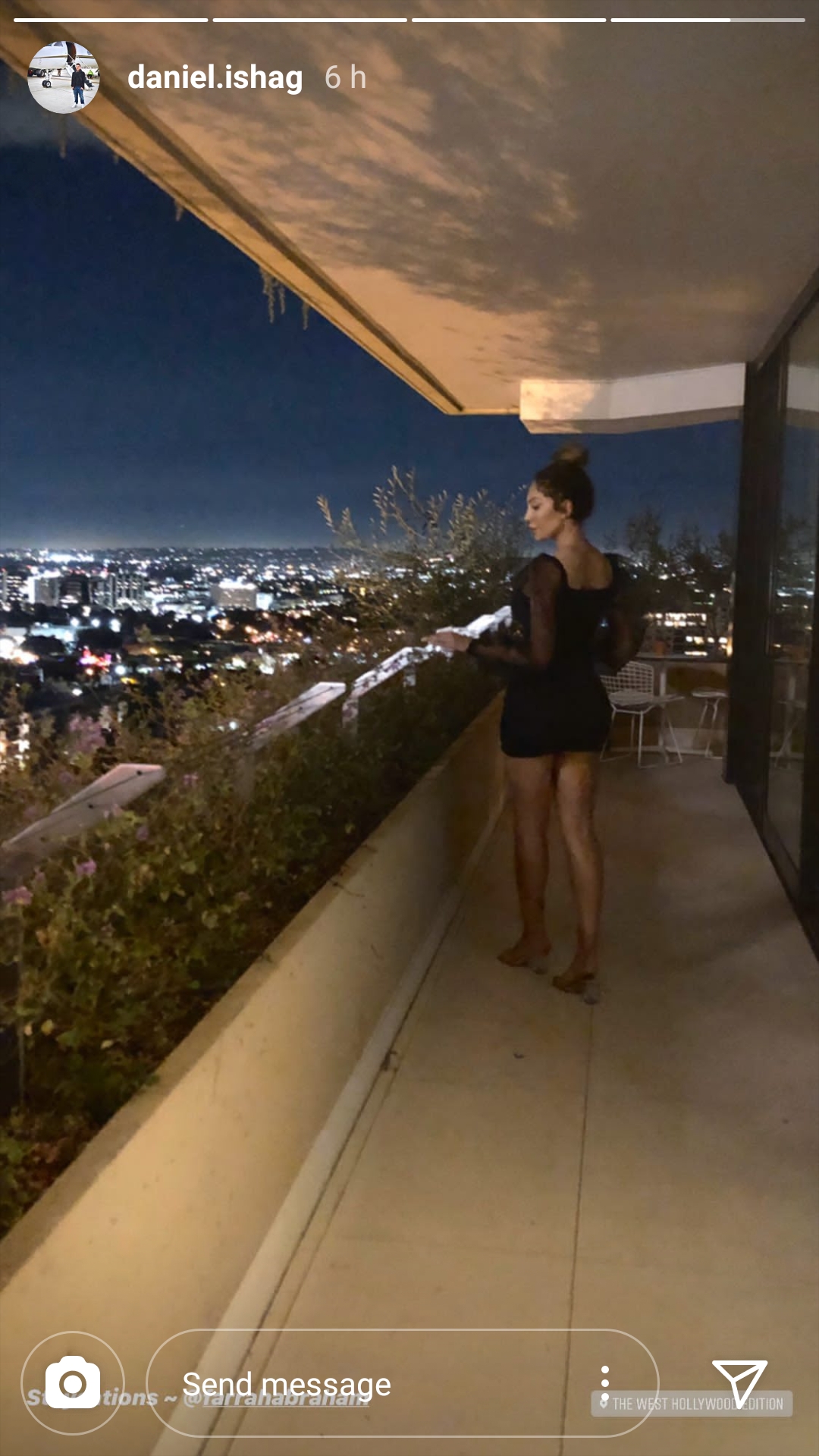 But last night they dined together at West Hollywood restaurant Craig's, with Daniel sharing the evening on his own Instagram page.

On stories he captioned a snap of the pair with the hashtag #datenight, before uploading a solo picture of Farrah looking out over a balcony.

Farrah is mom to 10-year-old Sophia, and she often features in videos with their two dogs. 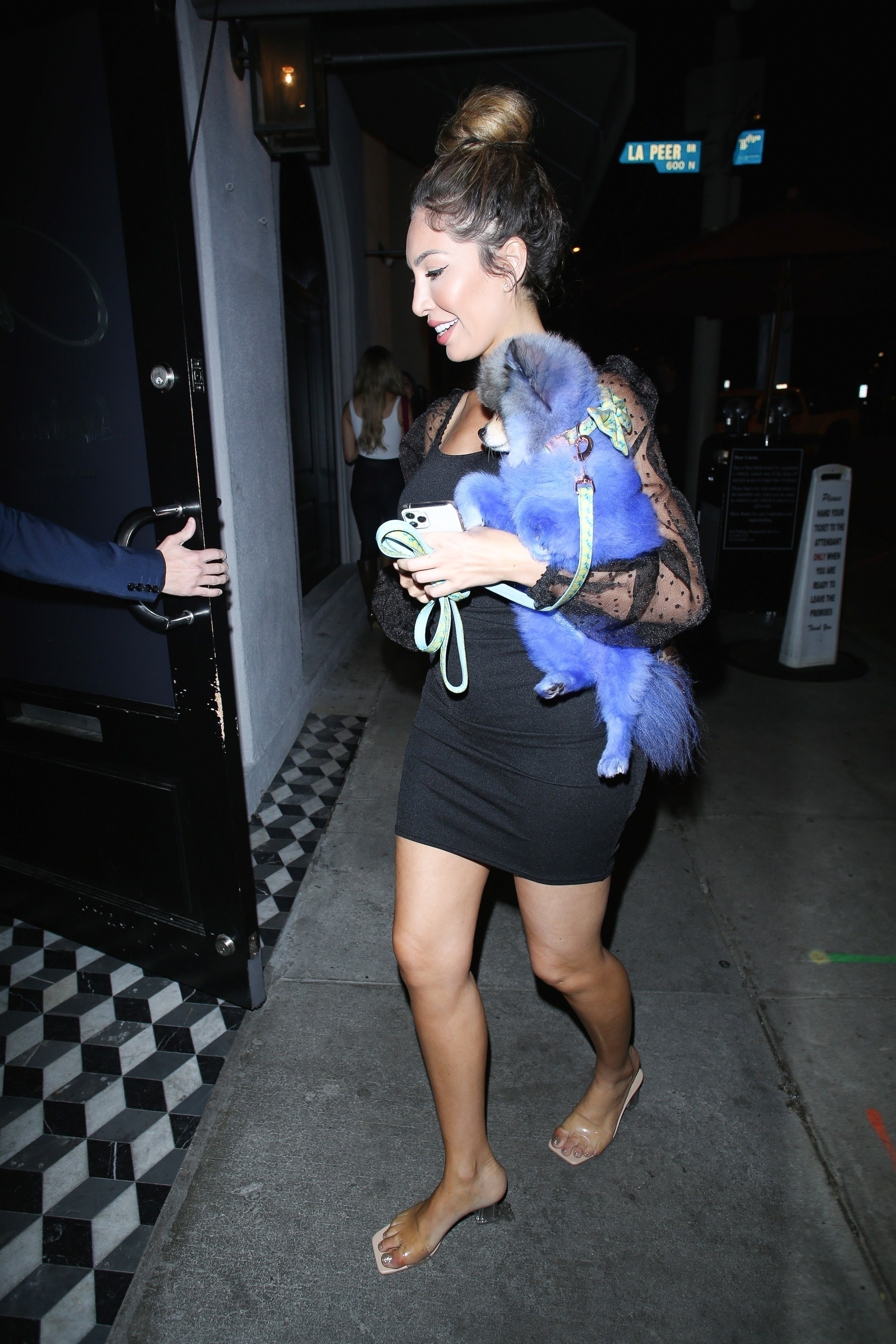 Earlier this week the reality star was forced to respond to claims of animal abuse after posting a video of the dogs, Boo and Cupcake, showing Zuchon Cupcake walking around with a ribbon tied around her mouth.

While Pomeranian Boo's fur is dyed blue, Cupcake's own is a bright shade of pink.

One follower wrote: “This is animal cruelty. You shouldn’t be allowed to own pets.

“Makes me so upset to see this kind of treatment of dogs.” 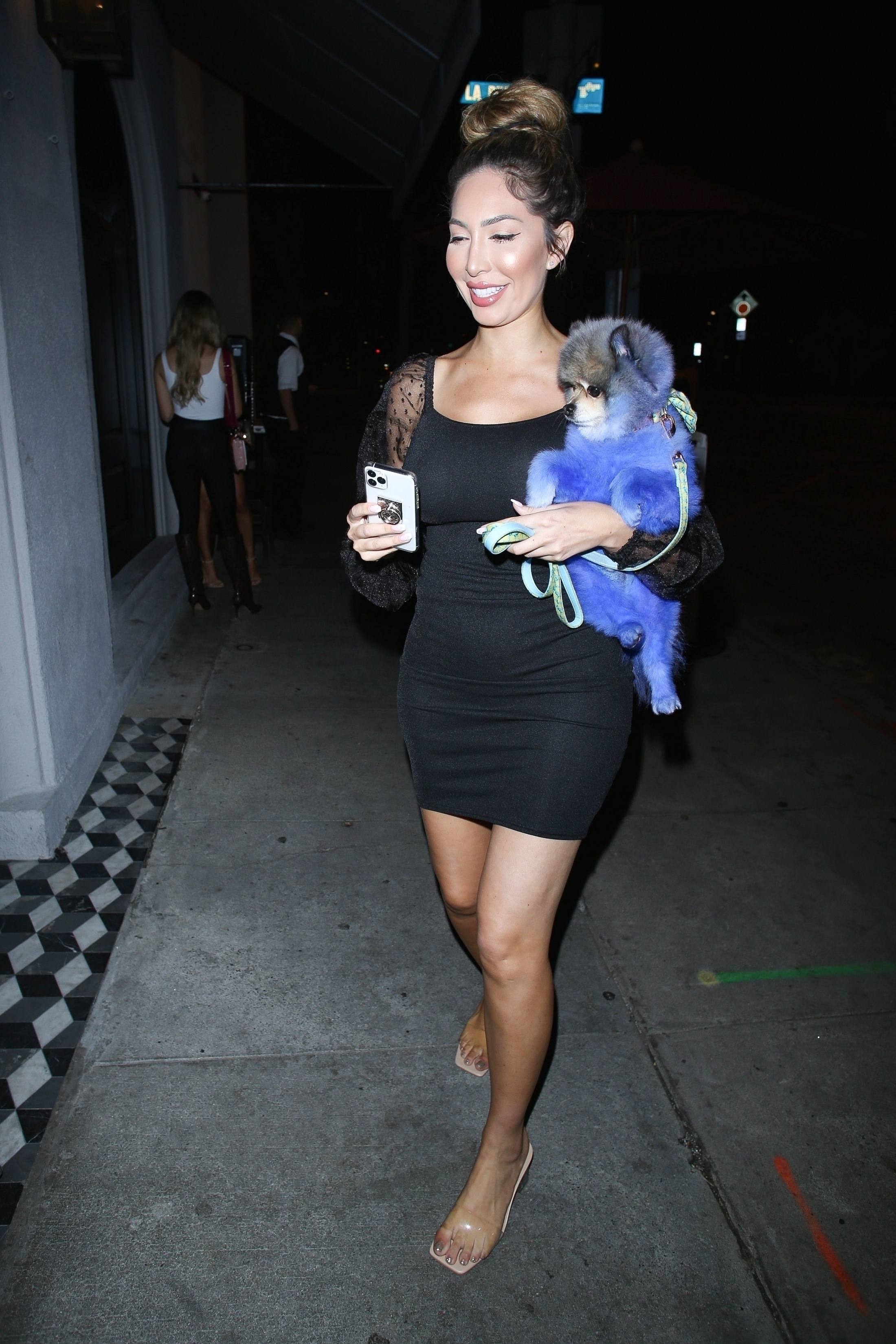 A second wrote: “Tying a dog’s mouth shut after dying it for Instagram. Please save these animals.”

A third commenter fired: “Stop mistreating these poor animals! That ribbon around its mouth is not okay.”

And a fourth slammed: “This is animal abuse!!!”Followers tagged animal rights organizations PETA and ASPCA.

PETA Senior Director of Cruelty Casework Stephanie Bell exclusively told The Sun in a statement: "Subjecting dogs to the stress of being dyed—which is also potentially toxic—and restricting their opportunities to eat, drink, and even breathe by tying a ribbon around their mouth are cruel acts that can have fatal consequences, and they show a profound lack of empathy.

"PETA urges Farrah Abraham to start treating dogs like more than fashion accessories or surrender them to someone who will love them unconditionally."

But Farrah fired back, claiming she was following "guidelines of the law."

She exclusively told The Sun: "Haters made up a ‘ribbon’ is on my pets, which is false. We use a muzzle per a trainer’s review for her training, which are sold at all pet stores."

She continued that her family has been receiving "death threats" over the video, and that the "harassment" is "unnecessary and awful."

Farrah added: "Sophia treats [the dogs] as sister and brother… like royalty. We do have emotional support animals and they must be trained to the guidelines of the law."