Home » TV and Movies » The Chase’s Bradley Walsh issues warning to player after rule break: ‘You have to wait!’

The Chase’s Bradley Walsh issues warning to player after rule break: ‘You have to wait!’

We will use your email address only for sending you newsletters. Please see our Privacy Notice for details of your data protection rights.

Bradley Walsh is known for his cheeky presenting style and often banters with the contestants of ITV show The Chase. However, he isn’t afraid to tell it how it is to those who take part, leading the host to issue a warning to player Sandy after she broke an unwritten rule of the show in an episode which aired earlier this year.

The popular quiz show sees four players up against one of the five Chasers in a bid to take home a huge sum of money.

The teams have varying success in their attempts to outrun one of Britain’s finest quiz brains, with some not taking home any money.

Earlier this year, contestant Sandy was told off by the host after making a huge unwritten error during her head-to-head.

Player Sandy was up against Anne Hegerty where she tried to make it through to the Final Chase but one question saw her rile up the host after she pressed her buzzer too early. 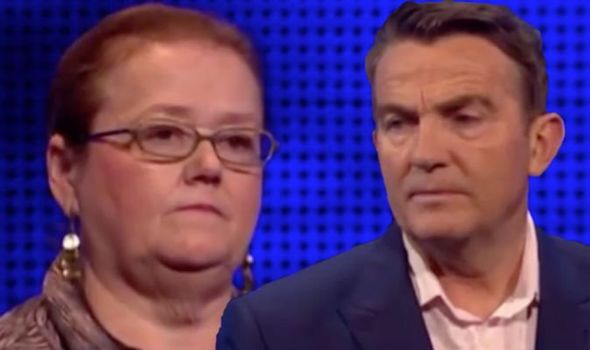 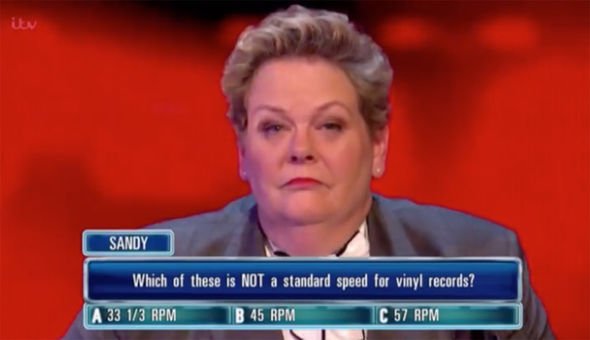 Bradley asked the pair: “Which of these is not a standard speed for vinyl records?”

However, before Bradley could finish reading out the answers, Sandra had already selected her answer.

Usually, both the player and Chaser are supposed to wait until Bradley has given them all three options to make their choice. 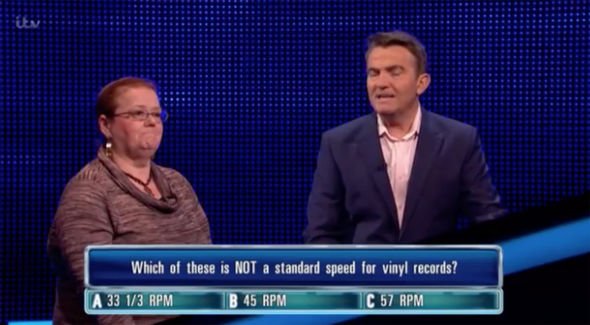 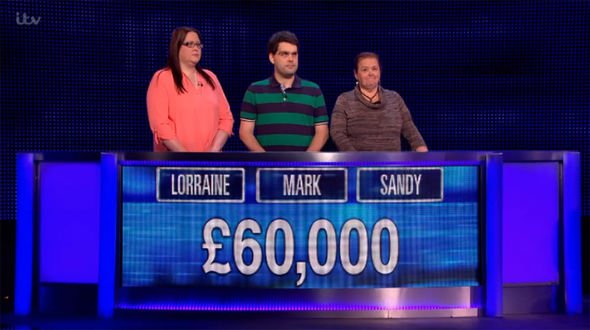 This led to the baffled host issuing her a warning, remarking: “You can’t just press your button willy-nilly Sandy!

“You have to wait until I’ve said the whole question dear!” leaving the contestant red-faced.

Bradley revealed the player’s answer, saying: “You’ve put 57 RPM,” as Sandy explained why she had chosen that particular answer.

She confidently told the host: “I remember buying both 33s and 45s,” with her answer being correct as well as Anne’s.

DON’T MISS…
Anne Hegerty: The Chase star corrects fans as they ambush her brother [INSIGHT]
The Chase’s Bradley Walsh scolds team ‘Pull yourselves together’ [VIDEO]
Beat The Chasers contestant wins £100,000 with one second to spare [VIDEO]

Sandy eventually made it through to the Final Chase, playing for £60,000 alongside two of her teammates – Lorraine and Mark – where they were beaten with just 12 seconds remaining.

Speaking to Radio Times ahead of the latest series, she spoke out about how she was feeling to test the families of some of the nations most-loved stars.

She told the publication: “I thought it was an excellent idea and I think you will be surprised how clever the celebrities are!

“I already knew Shaun Williamson – he is actually quite a good quizzer, he comes to quizzing events.

“I’d met Laurence Llewelyn Bowen and his children a few years ago at a charity party too and realised they were all pretty smart.”

Anne also teased one instalment, in particular, adding: “We have a football episode with John Barnes and Matt Le Tissier.

“I’m really not very good on football, but I had heard of both of them, so that was fun! I enjoyed doing it, I do hope we’ll do another series.”

The Chase airs weekdays at 5pm on ITV.