Home » TV and Movies » 'The Last Kingdom': Was King Alfred Jealous of Uhtred? — Fans Weigh In

'The Last Kingdom': Was King Alfred Jealous of Uhtred? — Fans Weigh In

In The Last Kingdom, Uhtred (Alexander Dreymon) and Alfred, King of Wessex (David Dawson), have more than a chaotic relationship. Throughout their time knowing each other, things get heated between them many times. This struggle of back and forth and whether or not Uhtred is in good standing with the crown defines their complicated relationship. One fan asked on Reddit whether or not Alfred was actually jealous of Uhtred. Read on to learn what fans think.

Was King Alfred jealous of Uhtred? 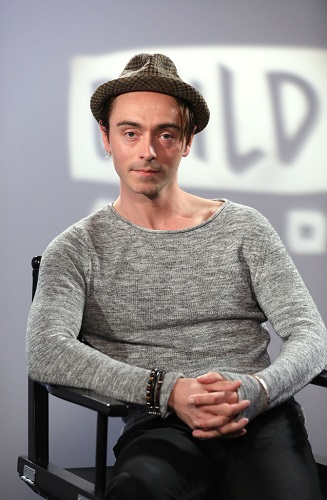 A fan of the series asked on Reddit whether Alfred could actually be jealous of Uhtred. “Does anyone else think that Alfred was jealous of Uhtred?” a Reddit user asked. “He says he needs him but he doesn’t treat him well and always tries to control him and no matter what Uhtred does for him he thinks it’s not good enough.”

One Reddit user brought up an excellent point that each ofthese men is dealing with their own “internal conflicts” at the same time. Theyare so different in a lot of ways, causing them to both distrust one another.Neither is jealous, just unsure of the other’s motives.

“Uhtred usually pays no attention to the effects of his actions and refuses to ‘politic,’ is careless and makes a number of serious mistakes, which causes Alfred to be suspicious of him,” a Reddit user explained about Alfred’s behavior. “Alfred can be cold, hard, demanding, and judgmental, which is repugnant to Uhtred. A mixed bag of issues for both of them but there’s no doubt they admire and hate each other in just about equal amounts.”

Alfred and Uhtred ‘respect’ each other

Heroes and villains, allies and traitors, friends and foes. Season 4 is just 1 week away! #TheLastKingdom

Each of them learns to rely on the other in their own ways, whichis difficult for them both considering they both respect and hate differentaspects of the other. They have a complicated love and hate relationship thatnever seems to get fully resolved.

“They have so much respect for each other and yet at timesthe other is the opposite of what they stand for and believe in,” another userexplained. “It’s someone each looks up to and yet seem to hate that they lookup to, and that’s evident with the struggle Uhtred shows when he has to pickbetween his brother and Alfred.”

‘I don’t think Alfred is jealous’

“One day it is my hope that all kingdoms will become one.” Alfred’s dream of a united kingdom continues. #TheLastKingdom #Season3

One Reddit user doesn’t think Alfred is at all jealous. He’stoo smart for all that and knows he needs Uhtred if he is going to survive inthis new world where Danes are coming to his shores in vast numbers to settleand raid.

“I don’t think Alfred is jealous. Alfred sees battles as a game of chess,” another fan said. “He knows he needs Uhtred. Uhtred is a legend with many warriors who would follow him into the shield wall without hesitation. Alfred definitely admires Uhtred’s confidence and clever war tactics. However, he doesn’t agree with his temper, impatience, and religious views.”

Was Alfred jealous of Uhtred? A lot of fans don’t think so and actually came to the defense in justification for both characters’ actions towards the other.